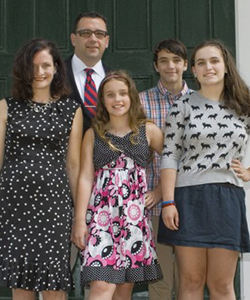 Welcome to the David’s Community Bible church website, thanks for stopping by.

I am blessed to be the pastor of a great and Godly church: David’s Community Bible Church, the husband of the most beautiful and talented woman in the world: Tammy, and father of 3 of the best and most amazing kids: Gabrielle, Benjamin, and Emily. But most of all I am blessed to know and serve my Lord and Savior Jesus Christ who loved me so much He died to forgive me of all my sins, and rose to give me new life in Him.

I was born in North Hampton MA and grew up as a PK (Pastor’s kid). At age 5 I accepted Jesus as my Savior after a Sunday school lesson taught by my mother. My wife, Tammy, and I were married in 1996 at Good Tidings Bible Camp in Cornwallville, NY at the very place we first met at age 13.

In 1994, I felt called by God into full time ministry while on a missions trip to Quito, Ecuador. This calling led Tammy and I to Columbia Bible College in Columbia, SC where I received my BA in Pastoral Studies and MA in Bible. While I went to class Tammy worked full time at The Salvation Army where she was Director of Public Relations. After graduation I received the call to be the Assistant Pastor of Youth and Family at New Monmouth Baptist Church in Middletown NJ. Three months before I started we had our first child Gabrielle Grace in South Carolina.

I was a Pastor at New Monmouth Baptist for 10 years. While we were in Middletown we had our son Benjamin Allan on April 30, 2001, and Emily Lynn January 2, 2006. I transitioned from Youth Pastor to Assistant Pastor and started a new service for young families. At NMBC I earned my Masters of Divinity from Trinity Seminary.

In 2008 I became the Senior Pastor of First Congregational Church in Chester NJ were I served for 6 years. During our time there we saw amazing things happen. The church grew, people were saved and many people grew in their relationship with Christ. July 2014 I was called to be the Senior Pastor of David’s Community Bible Church. My family and I are excited to be part of the amazing things God is doing at David’s and in the Millersburg area.

My greatest passion is to preach and teach the Word of God, equip God’s people for service and reach the lost for Jesus Christ. During my spare time I’m currently working on my Doctorate of Ministry at Westminster Theological Seminary. My interests include reading, spending time with the family, & watching/playing sports.

If you are looking for a church that stands on the Word of God and loves people like Jesus, we would love to have you visit with us Sunday mornings at 10:15. And please feel free to email me below with any comments or questions. I would love to hear from you. God Bless! 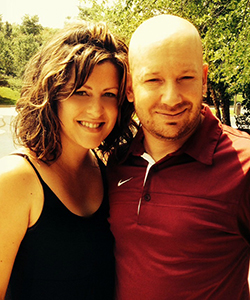 Danny: “At a young age I put my faith in Jesus to be the Lord of my life but it wasn’t until after high school that I fully realized the depths of the gospel. I became aware of how undeserving and utterly hopeless I was and I was amazed that God would still pour out His grace on me. This led me to a place where all I wanted to do was serve Him and go where He wanted me to go.”

In the fall of 2000, God led Danny to Lancaster Bible college where he graduated with a Bachelors Degree in youth ministry. Shortly after, he began serving as a youth pastor at a church in Palm Bay, Florida. In May of 2013, after nine years in the same ministry, Danny and his wife Megan were led by the Lord into a pastoral role at David’s Community Bible Church. His heart and passion is for the church to be a place where people are changed by the truth from God’s word and where the gospel is lived out.

When Pastor Danny is not studying, teaching, or hanging out with the youth, he is spending time with his wife, Megan, and his children Jaden and Ava. He also loves fishing, coaching, and watching football. Some of his favorite authors include C.S. Lewis, RC Sproul, and John Piper. 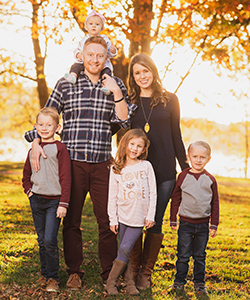 Christian grew up in and around Bozeman, Montana and served as the worship leader there for a 3 different churches, as well as a college group on the MSU campus. He met his wife, Alexandra, at a nutrition conference in January of 2008. They began their relationship long distance and after 2 1/2 years were engaged. They were married in January of 2011 and the Lord began to place a desire in both of their hearts to be in full time ministry. They moved back to Montana and Christian finished his bachelor’s in communications from Thomas Edison State College in the spring of 2013 when they decided to post his resume online and begin seeing where the Lord might take them. After a number of interviews, they were contacted by David’s Community Bible Church and flew out for an in-person interview in early October of 2013. Christian was hired later that year and began serving at David’s in December of 2013. Christian was ordained at David’s in the Spring of 2014. Christian and Alexandra now have four children: Josiah, Sophia, Landon and Estelle. They love leading worship and serving together as well as spending time with their family and enjoying outdoor activities. Christian and Alexandra have definitely loved their time serving here at David’s and look forward to all the Lord has in store for the future. 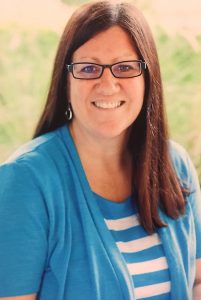 Jill Snyder joined the staff in 2019. In her new role, the Halifax native will oversee the church’s expanding children’s ministries and outreaches to children in the area as well as coordinate the church’s small group ministries.

Jill has many years of experience working in both education and ministry settings. For the past 24 years, she and her husband, Brian, have served with Ethnos360 (formerly New Tribes Mission), a mission organization based in Sanford, Fla., that focuses on sharing the Gospel with unreached people groups around the world.

Through the years, Jill’s professional experience has included teaching elementary grades as well as serving as a church secretary and treasurer.  In a volunteer capacity, she has worked in many children’s ministries, including Sunday school, Awana, vacation Bible school, junior church and more both in the area and in Florida, where she has lived since 1995. She also has served as a youth worker and taught women’s classes and events in addition to hosting and leading several small group Bible studies.

In her new role, Jill’s goal is to help children come to a saving knowledge of Jesus Christ and to strengthen them to become life-long Christ followers.  She plans to equip parents in the biblical training of their children and to empower a team of committed volunteers to minister effectively to children.

Jill, a Halifax High School graduate, earned her bachelor’s degree in elementary education from Penn State-Harrisburg, and also attended HACC and Messiah College.  The Snyders have two grown sons, Matthew, a graduate of Moody Bible Institute and Dallas Theological Seminary, who now lives in Ukraine, and Ryan, a senior at Moody Bible Institute.

The new Christian education position is reflective of David’s Community Bible Church’s commitment to minister effectively to people of all ages.

A Theology of Thankfulness

The Suffering and the Glory

Posted on Nov 13 2022, Allan Briggs
/
Update Required To play the media you will need to either update your browser to a recent version or update your Flash plugin.

Posted on Nov 13 2022, Allan Briggs
/
Update Required To play the media you will need to either update your browser to a recent version or update your Flash plugin.